Have a Reason to Smile

Did you read part one of What We Know About Tartar? If you haven’t, go back and explore the fascinating and uncommon information we touched on about tartar. In our previous post, we not only cover how what tartar is and how it is harmful to your dental health but examine how the introduction of farming may be the reason tooth decay hit hard and hit fast.

If you’re looking to improve your basic dental health, or perhaps you need restorative dentistry, at Precision Dental of Windsor, we want you to have all of the current, most evidence-based information to help you make the best decisions for your dental health. Follow along in part two of this series, as we explore tartar and how it may be linked to a nutrient deficiency! 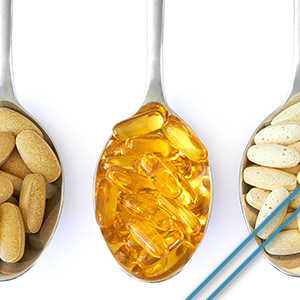 Many people aren’t super familiar with vitamin K2, but it’s one you want to become familiar with because it assists your body in so many beautiful ways. However, it is often absent from the western diet.

K2 can further be divided into subgroups, known as MK-4 and MK-7, as they’re sometimes referred to when you go and purchase them. The important function of K2 is that binds to calcium and helps direct it to where needs to go, namely to bones. When a person is deficient in vitamin K2 and doesn’t have the nutrient to direct the calcium to the bones, the calcium begins to build in your heart and arteries as plaque — it’s all the same stuff! Not only does it affect dental health as we’ll explore, but it plays health roles in heart support and bone support.

If a person has low levels of vitamin K2, not only is the calcium being directed to other areas, it’s also building up on your teeth! So this is the takeaway message and the aha moment of vitamin K2, insufficient levels of it relates to tartar buildup, thus increasing the likelihood of tooth decay!

Vitamins are only supported by the ones that are around them, and vitamin K2 is no exception. You can support your vitamin K2 levels with vitamin D3 and magnesium, as they all play a role in bone health, among other things. You can also find K2 in animal-based products, such as cheese, eggs, and meats, and in some fermented foods.

If You Suffer From Tartar Build Up

If you’re a person who goes to the dentist for routine teeth cleanings twice a year and brushes and flosses diligently, yet the dentist is always having to take extra care scraping an excess of tartar build up, you may benefit from K2! As we’ve learned from the information today, K2 guides calcium to the bones and lessens its build up in the heart, arteries, and teeth! For cleaner less tartar-dense teeth, try out K2 or eat more K2-rich foods.
Tartar doesn’t go away on its own and will continue to build up on your teeth and cause decay, so if you notice a thick, creamy line around the edges of your gums, that’s tartar and it needs to be addressed!

Schedule a teeth cleaning with us today for healthier, whiter teeth!